Most people have heard of the term but do not really know what it is exactly.

The name “Graphic Design” first appeared in print in the 1922 essay “New Kind of Printing Calls for New Design” by William Addison Dwiggins, an American book designer in the early 20th century.
.

Raffe’s Graphic Design, published in 1927, is considered to be the first book to use “Graphic Design” in its title.

Wow…as a graphic designer I really didn’t know that.

And this from Wikipedia:

Graphic design is the process of visual communication, and problem-solving through the correct use of typography, space, image and color.

The field is considered a subset of visual communication and communication design, but sometimes the term “graphic design” is used interchangeably with these due to overlapping skills involved.

Graphic designers use various methods to create and combine words, symbols, and images to create a visual representation of ideas and messages.

A graphic designer may use a combination of typography, visual arts and page layout techniques to produce a final result. Graphic design often refers to both the process (designing) by which the communication is created and the products (designs) which are generated.

For example, a product package might include a logo or other artwork, organized text and pure design elements such as images, shapes and color which unify the piece.

Composition is one of the most important features of graphic design, especially when using pre-existing materials or diverse elements.graphic design-like activities span the history of humankind: from the caves of Lascaux, to Rome’s Trajan’s Column to the illuminated manuscripts of the Middle Ages, to the dazzling neons of Ginza.

By John Tarr. A graphic design I made of the font “Arno Pro” back when I was in graphic arts school.

In truth “Babylon, artisans pressed cuneiform inscriptions into clay bricks or tablets which were used for construction. The bricks gave information such as the name of the reigning monarch, the builder, or some other dignitary”.

Arguably, this could have be identified as the first billboard or road signs announcing the name of the governor of a state or mayor of the city today.

The Egyptians developed a key communication by hieroglyphics which used picture symbols dating as far back as 136 B.C. found on the Rosetta Stone. “The Rosetta stone, found by one of Napoleon’s engineers was an advertisement for the Egyptian ruler, Ptolemy as the “true Son of the Sun, the Father of the Moon, and the Keeper of the Happiness of Men”

Further, the Egyptians also brought the invention of papyrus, paper made from reeds found along the Nile, on which they transcribed advertisements more common among their people at the time.

Between the dates of 500A.D. and 1450 A.D., also known as the “Dark Ages”, it was the Monks that kept the symbols and writings alive when much of the citizenry were stagnated in progressive learning in reading and writing.

In both this lengthy history and in the relatively recent explosion of visual communication in the 20th and 21st centuries, there is sometimes a blurring distinction and overlapping of advertising art, graphic design and fine art.

After all, they share many of the same elements, theories, principles, practices and languages, and sometimes the same benefactor or client. In advertising art the ultimate objective is the sale of goods and services.

Amazing that history is. If you would like to read more about this history go here.

The Rosetta Stone is a granodiorite stele inscribed with a decree issued at Memphis, Egypt, in 196 BC on behalf of King Ptolemy V. The decree appears in three scripts: the upper text is Ancient Egyptian hieroglyphs, the middle portion Demotic script, and the lowest Ancient Greek. Because it presents essentially the same text in all three scripts (with some minor differences among them), the stone provided the key to the modern understanding of Egyptian hieroglyphs. 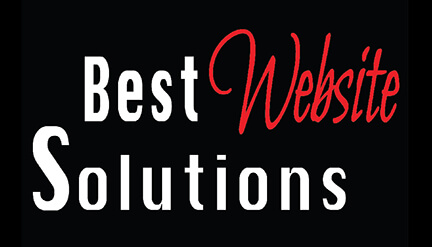